Who exactly were the jewish Pharisees? As a Pharisee, Saul of Tarsus was a "child of hell" according to the words of the Messiah !! The Messiah STRONGLY warned his followers against the doctrines of the Pharisees. Why? 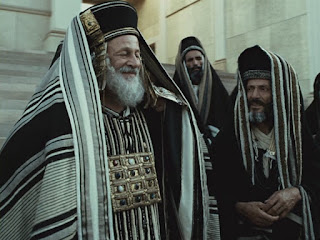 Were the Pharisees strict adherents of the Law or corrupters of the Law?


Most people today have an incorrect perception of who the Pharisees were and the true nature of their doctrines.  The Pharisees were not a religious sect that followed the Law of Moses in the Old Testament.  While pretending to follow it, they actually perverted and corrupted the Old Testament Law, and replaced it with the teachings of the doctrines of men!  That is what the Messiah directly said:

Thus you have made the commandment of God of no effect by your tradition.  Hypocrites! Well did Isaiah prophesy about you, saying:

‘These people draw near to Me with their mouth,
And honor Me with their lips,
But their heart is far from Me.
And in vain they worship Me,
Teaching as doctrines the commandments of men.’

And this was the case at the time of the life of the Messiah as well.  The Messiah condemned the Pharisees in the strongest of terms, as "blind guides" (Matthew 23:14), "hypocrites", and "whitewashed tombs full of dead men's bones and everything unclean" (Matthew 23:27),  He even identified the religion of the Pharisees as making "children of hell"!

Matthew 23:15 - "Woe to you, teachers of the law and Pharisees, you hypocrites! You travel over land and sea to win a single convert, and when you have succeeded, you make them twice as much a child of hell as you are."


And in the book of Revelation, the Messiah refers to the jews as being a "synagogue of Satan"!

Revelation 2:9 - "I know about the slander of those who say they are Jews and are not, but are a synagogue of Satan."

The Messiah specifically says that the Pharisees intentionally try to keep men from being able to enter the Kingdom of Heaven!

Matthew 23:13 - “But woe to you, scribes and Pharisees, hypocrites! For you shut the kingdom of heaven in people’s faces. For you neither enter yourselves nor allow those who would enter to go in." 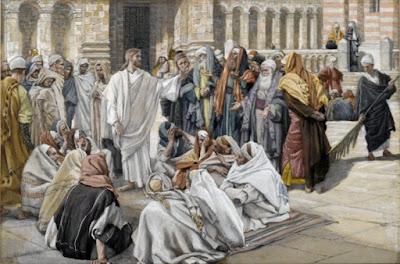 The Messiah answering the Pharisees (paining by James Tissot)

Matthew 16:6 - "Then Jesus said unto them, Take heed and beware of the leaven of the Pharisees and of the Sadducees."

Matthew 7:15 - "Beware of false prophets, which come to you in sheep's clothing, but inwardly they are ravening wolves."

Matthew 24:24 - "For there shall arise false Christs, and false prophets, and shall shew great signs and wonders; insomuch that, if it were possible, they shall deceive the very elect."

Matthew 24:4-5 - "And Jesus answered and said unto them, Take heed that no man deceive you. For many shall come in my name, saying, I am Christ; and shall deceive many."

And recall that the Messiah said that many shall be deceived and go on the road to destruction:


Given all of this, a serious student of the Bible and one seeking to follow the Messiah should ask themselves these questions: Why did the Messiah so strongly speak out against and warn against the Pharisees?  Given that this is so prominently recorded in the Bible, is it not of extreme importance to us even today? How could a Pharisee possibly deceive the followers of the Messiah?  Perhaps by pretending to "convert" to be a follower of the Messiah, and then spreading false doctrine?  How is it that the Messiah said that "many" would go on the broad road to destruction, and that only a few would find life?  How could the vast majority of even "Christians" be deceived?

Given that the Messiah so strongly warned of this, wouldn't it be logical to assume that such a Pharisee would, in fact, come on to the scene and deceive MANY of his potential followers?  Who could that be?

Saul of Tarsus, the fake "aspostle" Paul, is the man that the Messiah was warning about!  This is how most "Christians" are deceived!  Saul/Paul was a Pharisee.  Paul taught for doctrines the commandments of men, and nullified the Law of the Heavenly Father by the his false teachings by teaching that "we are no longer under the Law" and that "the Law has been abolished"!   Paul specifically claimed to have given "signs and wonders" (in Romans 15:18-19) as proof of for him being a prophet (as warned of by the Messiah in Matthew 24:24)!  Saul even taught men to pray in public in front of others as the Pharisees do, in direct contradiction to the teaching of the Messiah that we are to pray in secret.  Paul is trying to prevent men from being able to enter the Kingdom of Heaven by his doctrines!

- Paul Teaches Against Keeping the Law of the Father, saying "we are no longer under the law", in direct contradiction to the Messiah who said we must keep the commandments in order to inherit eternal life. Pharisee Saul lays trap of Satan to damn people to hell!
- Who was Saul of Tarsus, aka "Paul"? A PHARISEE, Persecutor and Murderer of the Followers of Yahushua the Messiah, who switched to a covert tactic of infiltration in order to destroy the Gospel from within
- Romans Chapter 13 - Saul/Paul Teaches That We Must Obey The Laws of Men, ie Government - Laying a Trap for YHWH's People To Obey Anti-Christ Beast System Unto Their Destruction
- The false prophet Saul of Tarsus is a great "test" from the Most High to determine who truly loves Him