Paul says that eating meat sacrificed to idols is acceptable! This is a grave sin, condemned by the Messiah in Revelation 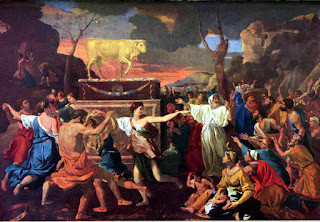 In 1 Corinthians, Paul says that eating meat sacrificed to idols is acceptable for "Christians" and does them no harm, since they "have knowledge" that an idol does not really exist.

"Now about food sacrificed to idols: We know that “We all possess knowledge.” But knowledge puffs up while love builds up. 2 Those who think they know something do not yet know as they ought to know. 3 But whoever loves God is known by God.

4 So then, about eating food sacrificed to idols: We know that “An idol is nothing at all in the world” and that “There is no God but one.” 5 For even if there are so-called gods, whether in heaven or on earth (as indeed there are many “gods” and many “lords”), 6 yet for us there is but one God, the Father, from whom all things came and for whom we live; and there is but one Lord, Jesus Christ, through whom all things came and through whom we live.

7 But not everyone possesses this knowledge. Some people are still so accustomed to idols that when they eat sacrificial food they think of it as having been sacrificed to a god, and since their conscience is weak, it is defiled. 8 But food does not bring us near to God; we are no worse if we do not eat, and no better if we do.

9 Be careful, however, that the exercise of your rights does not become a stumbling block to the weak. 10 For if someone with a weak conscience sees you, with all your knowledge, eating in an idol’s temple, won’t that person be emboldened to eat what is sacrificed to idols? 11 So this weak brother or sister, for whom Christ died, is destroyed by your knowledge. 12 When you sin against them in this way and wound their weak conscience, you sin against Christ. 13 Therefore, if what I eat causes my brother or sister to fall into sin, I will never eat meat again, so that I will not cause them to fall."

Eating meat sacrificed to idols, of course, is against the law of the Most High, and is condemned by the Messiah in Revelation 2:14, when speaking to the church at Pergamum.

Nevertheless, I have a few things against you: There are some among you who hold to the teaching of Balaam, who taught Balak to entice the Israelites to sin so that they ate food sacrificed to idols and committed sexual immorality.

To summarize...as an agent of Satan sent to infiltrate and destroy the true Law and teachings of the Most High from within, Saul of Tarsus cleverly taught his followers to disobey and disregard the commandments of the Heavenly Father and the Messiah.  He taught that the Law had been "abolished".  (see Ephesians 2:15: "He did this by ending the system of law with its commandments and regulations.")

- Saul Directly Contradicts the Messiah on How to Pray
- The man of lawlessness and anti-Christ Saul taught against keeping the Feast Days and the Sabbath - Paul the foundation of the Roman Catholic Church?
- Paul Teaches Against Keeping the Law of the Father, saying "we are no longer under the law", in direct contradiction to the Messiah who said we must keep the commandments in order to inherit eternal life. Pharisee Saul lays trap of Satan to damn people to hell!

Posted by SoldierofYah at 10:52 AM