Who was Saul of Tarsus, aka "Paul"? A PHARISEE, Persecutor and Murderer of the Followers of Yahushua the Messiah, who switched to a covert tactic of infiltration in order to destroy the Gospel from within 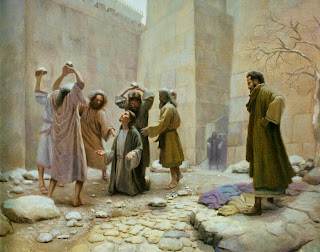 Saul observing the stoning of Stephen


Saul of Tarsus was a leading Pharisee (and proclaimed "son of a Pharisee" - Acts 23:6), who lead the persecution of Yahushua and his followers. He was present at the stoning of Stephen (Acts 7:58).

As discussed here, the Messiah, Yahushua of Nazareth, repeatedly and strongly warned his followers to be on guard against the leaven/doctrine of the Pharisees, saying that false prophets would come and deceive MANY of his potential followers.

Based upon all of the evidence against Saul/Paul (outlined on this website, and concisely here) it is apparent that Saul/Paul decided that overt persecution of Yahushuah's followers was not the best tactic to destroy them, but rather covert infiltration and subversion. So he transformed from a persecutor and murderer of the Messiah's disciples into an infiltrator and deceiver who sought to attack the true message of the Gospel from within by masquerading as an "apostle", and spreading false doctrine.

Consider this hypothetical: What if a well known and infamous Satanist and murderer and persecutor of Christians (say like a Charles Manson figure, or a vehemently anti-Christian Jewish Rabbi) were to one day suddenly claim to have had a "miraculous conversion" to Christianity. What would you think of that claim, and of such a man?  Would you be at least a little suspicious of the claim?  Should he go to prison, perhaps face the death penalty for his crimes?  What if this person didn't go to prison for their crimes, but was allowed to roam society as a free man spreading his new version of Christianity?  Wouldn't you expect him to at least be extremely apologetic of his murders and crimes?  What if this man hardly showed any remorse in his many writings for his crimes?  And, incredibly, then this person goes on to have his writings included in the Bible!  And it doesn't stop there. He is then somehow elevated to the title of "greatest apostle", even though he never genuinely was an apostle! 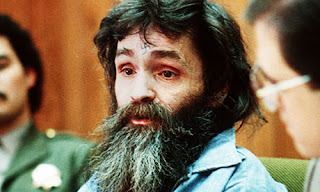 Yes, I was a murder and used to be a Satanist.  But now I claim to be an "apostle" in my letters.  Put my writings in the Bible and call me the "greatest apostle"!

Also, remember that Saul/Paul was not trained by the disciples, the men who walked, talked, and lived with the Messiah. He claimed to have received his knowledge from "revelations." He was not recognized by the true apostles as a genuine apostle. Paul claimed that title for himself.


Posted by SoldierofYah at 9:44 AM