The man of lawlessness and anti-Christ Saul taught against keeping the Feast Days and the Sabbath - Paul the foundation of the Roman Catholic Church? 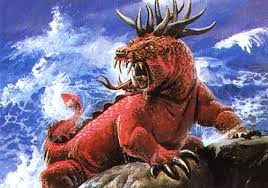 The Fourth Beast of Daniel's Vision

Paul suggests that each man can do as he pleases in regards to YHWH’s laws regarding diet, the feasts, and the Sabbath.

“Therefore let no one pass judgment on you in questions of food and drink, or with regard to a festival or a new moon or a Sabbath.”


In regard to the above passage (concerning "questions of food and drink"), note and remember that Paul taught that eating meat sacrificed to idols was acceptable, in direct contradiction to the commandment of the Heavenly Father and the Messiah.

Is it any wonder, then, that modern "Christianity" has thought they had the power to "change the Sabbath" from the 7th day of the week as commanded by the Father (to Sunday, a day venerating the Sun). Or that they have rejected the feast days commanded by the Heavenly Father in the Old Testament, in instead follow pagan holidays and customs, such as "Christmas" (Saturnalia, winter solstice celebration) and "Easter" (worship of the pagan goddess Ishtar).

This attack on the Sabbath and the true holy days of the Most High reminds me of the vision by Daniel, regarding the fourth beast that makes war against the Heavenly Father and his saints, and "thinks to change times and laws."

Could this "fourth beast" be the Roman Empire or the Roman Catholic Church?