Romans Chapter 13 - Saul/Paul Teaches That We Must Obey The Laws of Men, ie Government - Laying a Trap for YHWH's People To Obey Anti-Christ Beast System Unto Their Destruction 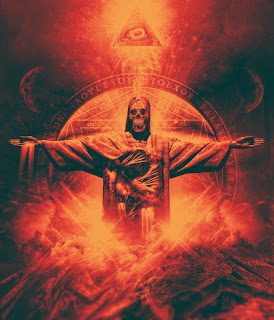 Saul of Tarsus not only taught his followers to not follow the Law of the Heavenly Father.  He went further.  He said you must obey the Governments of this world -- the same worldly powers and governments which Satan is now in control of.

First of all, we must establish the fact that Satan is temporarily the "god" of this world, and controlling the kingdoms and governments of this world.  The visions given to Daniel and the Apostle John in the book of Revelation illustrated that Satan (the "seven-headed beast" and "Dragon") was the power behind various world empires down through history -- often interpreted as including Babylon, Greece, and Rome.

"Everyone must submit himself to the governing authorities, for there is no authority except that which God has established. The authorities that exist have been established by God. Consequently, he who rebels against the authority is rebelling against what God has instituted, and those who do so will bring judgment on themselves. For rulers hold no terror for those who do right, but for those who do wrong. Do you want to be free from fear of the one in authority?"

When you really think about this passage by Paul, it is astonishing.  So I guess according to Saul/Paul, the early followers of the Messiah in the Roman Empire should have just bowed down and worshiped Caesar as a "god"?  And what should we today do if an"anti-Christ" government command us to take the Mark of the Beast?  According to Paul we should take the mark of the Beast, because we "must" obey the government.

Should Daniel have complied with King Darius of Persia's law forbidding him to pray to the Heavenly Father, in order to avoid being thrown into the lion's den?   As recorded in the Old Testament, the Israelites Shadrach, Meshach and Abednego refused to worship an image of Nebuchadnezzar (king of Babylon), and were thrown into a fiery furnace.

The entire history of the Bible is one of the Father's chosen people having to stand up against governments and other powers of this world, which are temporarily under the control of Satan.  Yahushua of Nazareth the Messiah was murdered by the ruling "authorities" and government of his day.  Most of his true 12 Apostles were also murdered by governments.  And the followers of the Messiah in early Rome were then murdered for not complying with decrees which violated the Law of the Most High.

- Who exactly were the jewish Pharisees? As a Pharisee, Saul of Tarsus was a "child of hell" according to the words of the Messiah !! The Messiah STRONGLY warned his followers against the doctrines of the Pharisees. Why?
- Paul Teaches Against Keeping the Law of the Father, saying "we are no longer under the law", in direct contradiction to the Messiah who said we must keep the commandments in order to inherit eternal life. Pharisee Saul lays trap of Satan to damn people to hell!
- Having said that the Law is now "abolished", Pharisee Saul said our new moral code is that "all things are lawful", which is the law of Satan !!
- Pharisee Saul/Paul introduced doubt of the word of the Father, double-mindedness, and the Satanic doctrine of duality
- Saul is an anti-Christ and a true "man of lawlessness"


Posted by SoldierofYah at 1:54 PM