Saul is an anti-Christ and a true "man of lawlessness" 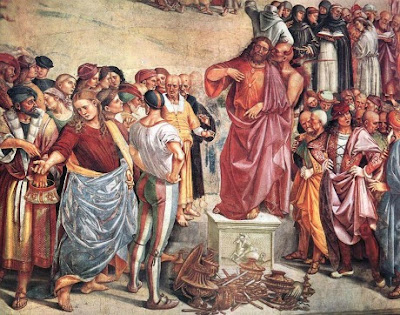 In Saul's second letter to the Thessalonians, he talks about a "man of lawlessness" that will come before the second coming of the Messiah.  Saul states in 2 Thessalonians 2:7, "for the secret power of lawlessness is already at work".

Here is an instance that Saul was actually telling the truth.  But it was Saul himself who was that "man of lawlessness", and who was the "power of lawlessness already at work" in the world!

What better way for Satan and his servant Saul/Paul to lead the sheep astray than to disguise themselves as "messengers of light" and even speak out against the works of Satan, pretending to oppose the evil work that they themselves were doing!  Through these words of Paul, this is even a way that Satan is attempting to mock the people of the Heavenly Father.  Satan is telling you what he and Saul/Paul are doing!

Again, the Pharisee Saul and fake "apostle" was the one who falsely taught that "we are no longer under the law" and the "law has been abolished".   Yahushua of Nazreth our Messiah taught that we must obey the commandments and do the will of the Father in Heaven in order to obtain eternal life.

Saul is the one attempting to lead billions of Israelites to hell by teaching them lawlessness!

Will those deceived by Saul/Paul be among those to whom Yahushua of Nazareth was speaking of in Matthew 7:21-23?

21 Not every one that saith unto me, Lord, Lord, shall enter into the kingdom of heaven; but he that doeth the will of my Father which is in heaven.
22 Many will say to me in that day, Lord, Lord, have we not prophesied in thy name? and in thy name have cast out devils? and in thy name done many wonderful works?
23 And then will I profess unto them, I never knew you: depart from me, ye that work iniquity.

And what does the word "iniquity" mean from Matthew 7:23 above?  It means LAWLESSNESS!!

Posted by SoldierofYah at 11:52 AM