Passage in 2 Peter purportedly supporting Paul's teachings must be fraudulent 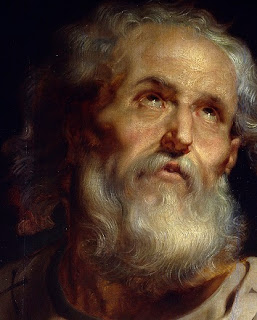 
Those who support the doctrines of Saul of Tarsus especially like to cite a passage in the book of 2 Peter as some of their "strongest evidence" to support the claim that Paul was a true follower of the Messiah and even an "Apostle".

This is somewhat controversial as well, but the evidence indicates that the book of 2nd Peter is actually what is called a "pseudograph", or a fake which was written by another person (probably many centuries after Peter was dead) and then falsely attributed to the apostle Peter. Apparently, even many "mainstream" Bible scholars now acknowledge and admit this, and it is proven by the writing style and other factors. The letter of 1st Peter is apparently genuine.

Putting that issue aside for a second, let's take a look at the passage concerning Paul.

15 And account that the longsuffering of our Lord is salvation; even as our beloved brother Paul also according to the wisdom given unto him hath written unto you;
16 As also in all his epistles, speaking in them of these things; in which are some things hard to be understood, which they that are unlearned and unstable wrest, as they do also the other scriptures, unto their own destruction.

Looking at this passage carefully, we can see that it is fraudulent  Take special notice of the phrase "also the other scriptures" in the passage.  Now, assuming for the sake of argument that Peter truly wrote this book, would he actually refer to the writings of Saul/Paul as "scripture"...indicating it was on the level of the words/writings of the Old Testament prophets and the Messiah?  If Peter actually wrote this, this presumably would have been written while Saul/Paul was still alive.  Do you see the problem?  Typically, you wait until the death of a supposed or self-professed prophet before "canonizing" their writings.  You have to test and try a professed "prophet" to see their whole body of work, and determine whether what they say is true and comes to pass or not.   Therefore, we can see that the book of 2nd Peter was most likely written several centuries after Peter's death by someone else.

And on the issue of how the writings of Paul can possibly be considered as "canon scripture", you have to ask yourself under what authority would one consider the letters and writings of Paul to be "canon scripture".  What makes Paul any different from any other self-professed follower of the Messiah all down through history?  Similarly, can we take the letters and writings of, say, Billy Graham or Rick Warren and put them in the Bible too?  And what about even while those men are still alive?  Preposterous.

Based upon this, we can conclude that this passage is fraudulent.  Either Peter was not the author of this book....or if he was, this particular passage regarding Paul was inserted by someone else or altered by the translators.  Either way, Peter most certainly would not have said these things about Paul.

Posted by SoldierofYah at 2:37 PM