Having said that the Law is now "abolished", Pharisee Saul said our new moral code is that "all things are lawful", which is the law of Satan!! 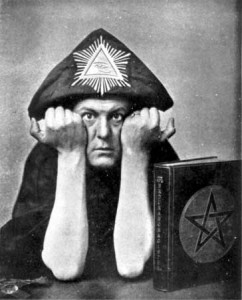 "Do what thou wilt shall be the whole of the Law"

In the letter of 1 Corinthians, just prior to instructing his followers that it is acceptable to eat meat sacrificed to idols, the false "apostle" Pharisee Saul of Tarsus makes an astounding statement to his followers:

Since Paul has claimed that the Old Testament Law has been "abolished" and that we are "no longer under the law", then what moral code are we left with?  Do we have to obey any of the ten commandments?  No, according to Pharisee Saul!  Paul says that ALL of the Law has been done away with!  Therefore, as he says, "all things are lawful"!

Aleister Crowley (pictured above), the notorious 20th century occultist and Satanist, claimed to be in direct contact with demonic entities.  He transcribed a book called "The Book of the Law" that allegedly contains the central doctrines for the Satanic religion, claiming that it was dictated to him from a non-human entity called "Aiwass" (probably Satan himself).  A central tenet of this book is the statement "Do what thou wilt shall be the whole of the Law."

Crowley's teachings have had a profound impact upon the world.  The Establishment's mantra of the 1960s rock and roll revolution was "if it feels good do it", which was directly taken from the teachings of Aleister Crowley.  The jewish Satanists who run Hollywood and the music industry are dedicated followers of Crowley.  Reportedly, many top musicians, actors and entertainers are given a copy of Crowley's "The Book of the Law" as part of their mandatory initiation into the occult.  Top musicians including The Beatles, Led Zeppelin, Ozzy Osbourne, and Jay Z have openly expressed their admiration for Crowley and his teachings. 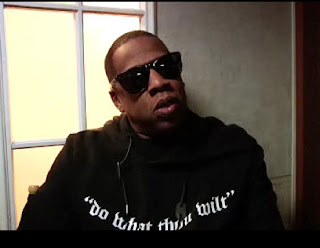 But who knew that many centuries earlier, a prominent Pharisee named Saul of Tarsus had already expressed this central Satanic doctrine of the "new morality" that was to take prominence in the world?  Is this really such a marvel?  Do we forget what the Messiah said of the jewish Pharisees?  He said that they were literally "of their father the devil" (John 8:44) and that their religion made "children of hell" (Matthew 23:15)!

There is nothing new under the sun, as stated in Ecclesiastes 1:9.

- Paul Teaches Against Keeping the Law of the Father, saying "we are no longer under the law", in direct contradiction to the Messiah who said we must keep the commandments in order to inherit eternal life. Pharisee Saul lays trap of Satan to damn people to hell!
- Romans Chapter 13 - Saul/Paul Teaches That We Must Obey The Laws of Men, ie Government - Laying a Trap for YHWH's People To Obey Anti-Christ Beast System Unto Their Destruction
- Pharisee Saul/Paul introduced doubt of the word of the Father, double-mindedness, and the Satanic doctrine of duality
- False teacher Paul taught we are to please men. The Messiah taught the opposite, that what is honorable among men is an abomination, and that most men would hate those who follow the truth


Posted by SoldierofYah at 9:52 AM