Pharisee Saul of Tarsus was not even one of the 12 true Apostles!! There are only 12 apostles, and no more! 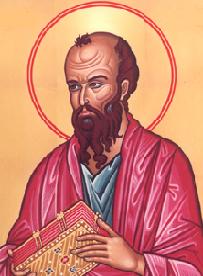 
Saul/Paul was NOT one of the original 12 Apostles, and was not the replacement for Judas.  So how can he claim to be an "apostle"?

Matthias was chosen by the remaining 11 Apostles as the replacement for Judas, as recorded in the book of Acts.

Acts 1:26: "And they gave forth their lots; and the lot fell upon Matthias; and he was numbered with the eleven apostles."

The remaining 11 Apostles decided that the criteria for the replacement for Judas was a person who accompanied them and the Messiah during his ministry from the baptism of John until the day he ascended into Heaven, and who witnessed the Messiah after he resurrected.

Acts 1:21-22: "Therefore it is necessary to choose one of the men who have been with us the whole time the Lord Jesus was living among us, beginning from John’s baptism to the time when Jesus was taken up from us. For one of these must become a witness with us of his resurrection.”

Saul of Tarsus did not meet these criteria.  He did accompany the disciples during the entire course of the ministry of the Messiah.  Saul was not taught the gospel by the Messiah.

The Gospels and Book of Revelation makes clear that there are only 12 apostles for all time:

Matthew 19:28 - "Jesus said to them, "Truly I tell you, at the renewal of all things, when the Son of Man sits on his glorious throne, you who have followed me will also sit on twelve thrones, judging the twelve tribes of Israel."

Revelation 21:14 - "And the wall of the city had twelve foundations, and in them the names of the twelve apostles of the Lamb."


Yet Saul/Paul over and over in his epistles claims to be an "apostle."

The reader should stop and really think about this for just a second.  If the vast majority of self-professed "Christians" can be deceived on a lie as simple and easy to spot as the fact that Pharisee Saul was NOT one of the true 12 apostles, then WHAT ELSE are they being deceived about, in regards to religious doctrine or anything else?  It's really frightening how easy Satan can deceive people.  And I include myself in that category, as I was once deceived on Paul.  It truly is a deeply powerful "spiritual" blindness and power that we are dealing with.  It takes the blessing of the Most High to remove this powerful spiritual blindness from a person, and allow them to see the truth.

-Who was Saul of Tarsus, aka "Paul"? A PHARISEE, Persecutor and Murderer of the Followers of Yahushua the Messiah, who switched to a covert tactic of infiltration in order to destroy the Gospel from within
- Who exactly were the jewish Pharisees? As a Pharisee, Saul of Tarsus was a "child of hell" according to the words of the Messiah !! The Messiah STRONGLY warned his followers against the doctrines of the Pharisees. Why?
- Paul Teaches Against Keeping the Law of the Father, saying "we are no longer under the law", in direct contradiction to the Messiah who said we must keep the commandments in order to inherit eternal life. Pharisee Saul lays trap of Satan to damn people to hell!

Posted by SoldierofYah at 2:23 PM