Paul, the founder of apostate Churchianity - The Messiah said we have only one teacher and one pastor (shepherd), and preachers of the gospel should "freely give"; Saul of Tarsus advocated many "teachers" and "pastors", and said preachers should be monetarily paid 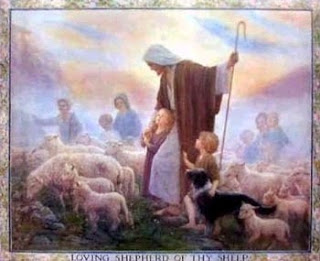 There is only one Teacher and one Shepherd

Paul directly contradicts the Messiah on the number and division of "teachers" and
"pastors".

In Matthew 23:8 Yahushua the Messiah states: "But you are not to be called 'Rabbi', for you have one Teacher, and you are all brothers."

In John 10:16, the Messiah states that he is the one and true Shepherd: "And I have other sheep that are not of this fold. I must bring them also, and they will listen to my voice. So there will be one flock, one shepherd."

In 1 Corinthians 12:28 Saul contradicts the teaching the Messiah, saying: "And God has placed in the church first of all apostles, second prophets, third teachers".

The Messiah instructed his true 12 Apostles that they should not be paid for their preaching of the gospel.

In Matthew 10:8 the Messiah states: "Heal the sick, cleanse the lepers, raise the dead, cast out devils: freely ye have received, freely give."

In 1 Corinthians 9:14  Paul contradicts this teaching of the Messiah, saying: "the Lord has commanded that those who preach the gospel should receive their living from the gospel."

According to the Messiah, his disciples and followers have only one teacher, the Messiah himself.  He is the only true Shepherd and Pastor of His sheep.  All who follow Him are brothers and sisters, with no division between them.  Their is to be no hierarchy among the congregation of believers, with certain people obtaining higher status, rank, and titles and dictating doctrine to the "lowly lay followers".  And according to the Messiah, those among the congregation who preach the gospel are to do so freely, not asking for monetary compensation, and certainly not making their living by preaching.

As anyone can see, 99.9% of modern-day so-called "Christians" have rejected the plain teachings of the Messiah.  As with most other points of doctrine, they have chosen to follow the false teachings of the false apostle and false prophet Saul of Tarsus.  Once again, Paul taught in 180 degree opposition to the Messiah, teaching that there are "many teachers" and other "pastors" in the "church", and that preachers should "receive their living from the gospel".  It is a mockery of the truth and insult to the Messiah to refer to preachers as "pastors", when the Messiah is the one and only true pastor or shepherd.  Modern-day "Christians" embrace Saul's doctrine of following men (and not the Messiah) as their "teachers" and "pastors", and paying them for it.  This has resulted in the apostate "Churchianity" that we see today.  There are over 30,000 denominations worldwide.  The sheep are following a multitude of false teachers and preachers who are corrupted by the love of money, instead of following their one and only true teacher and shepherd, the Messiah.

- One Flock, One Shepherd

- The false prophet Saul of Tarsus is a great "test" from the Most High to determine who truly loves Him
- Paul Teaches Against Keeping the Law of the Father, saying "we are no longer under the law", in direct contradiction to the Messiah who said we must keep the commandments in order to inherit eternal life. Pharisee Saul lays trap of Satan to damn people to hell!
- The man of lawlessness and anti-Christ Saul taught against keeping the Feast Days and the Sabbath - Paul the foundation of the Roman Catholic Church?

Posted by SoldierofYah at 11:32 AM